The next time you watch the award-winning TV series Beauty and the Beast, the romantic comedy Splash, The Tuskegee Airmen movie, here is some trivia to keep in mind: the composer who contributed to their respective scores, is someone who holds Haiti close to his heart.

Born in Port-au-Prince of a Puerto Rican mother and an American father, Holdridge is a big name in Hollywood, and his contributions to television and film have forever placed him in the musical canon of the world’s most well-known compositions. Not to mention the fact that they’ve won him Grammys and Emmys.

We thought it a good idea to hit up Mr. Holdridge and discuss Haiti, “ Dulce Rosa”, a project he’s been working on for the past two years, that will come into fruition in the spring of next year. Enter the wondrous life of a composer.

Have you ever gotten the composer’s block? What do you do in those cases?
The best way to deal with obstacles in composing music is to have a very sound and thorough approach to the craft of composing. This comes from years of studying harmony, counterpoint, composition, and orchestration. When you are at a place in your composition that seems to not be going anywhere, it is possible to use the techniques you have mastered to give yourself ideas for possible solutions. Of course, inspiration is always wonderful, but after that initial brainstorm, it is the patient hard work of developing the idea that pays off. That’s where the craft comes in. During my career, I’ve never had much time to procrastinate due to deadlines. I have had to learn to be quick and nimble in my creativity. However, occasional breaks from writing like walking the dog or doing a crossword puzzle or swimming, clear the mind and open it to fresh insight.

You spent much of your early years in Costa Rica. So your mom is Puerto Rican and your dad American. Somehow Haiti comes into play in all of this.
My father was American and he grew up in Connecticut and studied in science in Maine and Michigan. However, during a trip to the Caribbean in his college years, he first saw rain forests. He decided then and there to make the study of the tropics his life work. After college, my dad went to work for the US Forest Service as a botanist and ecologist in the 1930s. They soon assigned him to Puerto Rico where he met and married my mother. During the early 1940s, they were transferred to Haiti with the task of nurturing and developing the great pine forests. I was born during that time. During the late 40s, the violent chaos of revolutionary politics reared its unfortunate head and all foreigners were asked to leave Haiti. We then went to Guatemala and eventually to Costa Rica. My dad started the Tropical Science Center in Costa Rica, dedicated to research and protection of the rain forests. I grew up mostly in San Jose, where I was very exposed to classical concerts and chamber music. I started music by studying the violin and then eventually got sent to high school in Boston to study music composition. Eventually, I wound up in New York to continue my studies and begin my career. My parents continued living in Costa Rica. I traveled back and forth to Costa Rica extensively and visited many of the countries in the Caribbean and Central American area including, of course, Haiti. 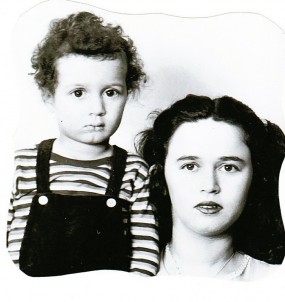 You’re currently working on “Dulce Rosa”, an opera based on a literary work by Isabelle Allende.
I have always been interested in composing opera. I composed my first opera “Lazarus and His Beloved” in 1976, based on a play by Kahlil Gibran. Over the years my work led to arranging and composing for the great tenor Placido Domingo. When he became artistic director of the Los Angeles Opera, I got heavily involved in their outreach program, for which I collaborated with librettist Richard Sparks on 5 one-act operas. During that time we discussed with Domingo the possibility of us doing a full-length opera. Having come across the Allende short story “Una Venganza”, we proposed it as an opera and Mr. Domingo gave us the green light. This is the culmination of an idea that began almost 10 years ago.

You won your first Grammy nomination for your work on the TV series “Moonlighting”. Do you remember where you were when you first found out you were nominated?
I knew it was a great song. I had submitted it to the Grammy nomination process on behalf of Al Jarreau and myself. It was very exciting when I found out we did get nominated. I was at home and I got a phone call from a friend telling me that Al and I were nominated.

Once you get commissioned to work on a project, what do you do to get the inspiration going?
If it’s a film, I watch the film many times trying to get into the feel and the mood of the work. I talk to the director a lot. Usually, the directors have great insight into the project as they have lived with it the longest. For a concert work, I just reach into my own desires of what I would like to hear. For an opera, I tend to want to work from a written first draft of the libretto. Tons of ideas will flow from just reading or seeing something.

Speaking of awards, is there an award that means so much more than all the other ones. You can whisper it if you’d like, lest those Grammy and Emmy and other award boards should hear. I am always touched and honored to be nominated or get an award, but seriously, it doesn’t make your life any easier. The demands and pressures of coming up with new ideas are always there. It’s not about the awards anyway. What gets me the most is the beautiful letters and e-mails I get from fans around the world who love my music.

In addition to being a one-man operation, you’ve also collaborated with others. How does collaboration usually work? How do you make sure that the two people on a team are contributing equally? What happens when there is a differing point of view, in terms of how a piece should be arranged or handled?
Collaboration is a very sensitive issue. There has to be “chemistry”. I have been very fortunate to collaborate with so many different brilliant writers. I have a great working relationship with Richard Sparks, my opera collaborator. His gift is astonishing. We get along well and work well together and aspire for a lot of the same things in our art.

Someone as experienced as you surely have some advice for those aspiring to be composers.
It is paramount for young aspiring composers to study the craft and the literature of music, all kinds of music. Not enough emphasis is given to this. Everyone wants the easy way. The truth is you have to learn how it is all put together in order to be able to give flight to your inspiration. You can be a genius, but you still need to learn the techniques. Studying classical composition is the best foundation of all.

Out of all the scores that you’ve worked on, is there one that is special to your heart?
I love so many of my scores; it is hard to single any of them out. Most artists tend to be wrapped up in whatever they are working on currently. I tend to be that way. I am always looking forward and trying to do better. You can never stop being a student!

How is your Kreyol?
Alas, it is gone. My mother said I spoke it quite well in my much younger days, but unfortunately, I couldn’t keep it up with all our moves. That is just too bad; I wish I had it back today. I do speak Spanish fluently.

What’s your favorite Haitian dish?
I grew up on rice and beans. What kid doesn’t love that? However, as I got older I discovered the wonders of Kreyol cooking, especially the herb-infused cuisine with seafood or chicken. I miss the foods of my Middle Americas, but lately, these wonderful foods are showing up in restaurants in places here in Los Angeles and back in New York.

Is there a job that you turned down that you ended up regretting?
There are jobs I didn’t get I wished I had, but mostly I have been very fortunate and have worked on a lot of wonderful projects.

Have you visited Haiti recently?
My last visit was in the late 80s. I would dearly love to visit again but it has been hard with my work demands since I have to travel so much with my projects. I can’t say I have taken too many trips just for myself in recent years, it’s all been work-related.

Do you have any plans for Haiti?
My heart goes out to the people of Haiti enduring so much tragedy and so much hardship. I well up with tears when I think of the extreme difficulties the kind, warm-hearted and elegantly graceful people of Haiti have endured. However, the art and the music and the folkloric literature of Haiti are incredible. I have often thought about writing some kind of work dedicated to my connection with Haiti. Maybe one day soon!

Source: Lee Holdridge: An Interview with the Composer – Kreyolicious.com

This site uses Akismet to reduce spam. Learn how your comment data is processed.